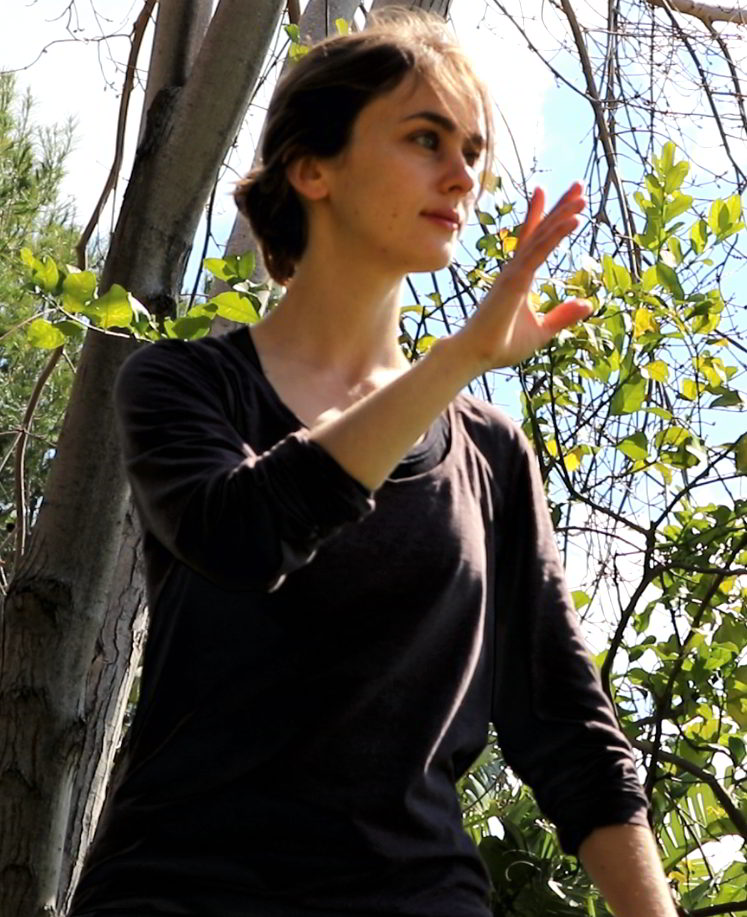 Sarah Tulivu, or Fong Yi, (ordained name), has trained in sitting meditation for the past 13 years, and Taiji & Qigong, for the past 11 years – within the tradition of Taiwanese Master, Waysun Liao.

During that time,  about 6 years were passed training full-time as a monk in a Tao Temple and monastery, with about 6-7 hours of practice per day.

Before the Temple, she trained in the Buddhist tradition for two years in Nepal, then India and Thailand, sitting and serving a silent meditation retreat each month or two.

In 2019 she was advised by Master Waysun Liao and Master Chang to leave the Tao Temple and learn how to carry the practice into everyday life, also asking her to share it with those interested who cross her path. And was then made an instructor in 2020 by Master Liao.

She is generally leading weekly sessions live and in person, and facilitating in retreats – living and practicing together 5-6 hours per day for longer periods. Mainly between Tuscany, Vienna, Lebanon and Greece. 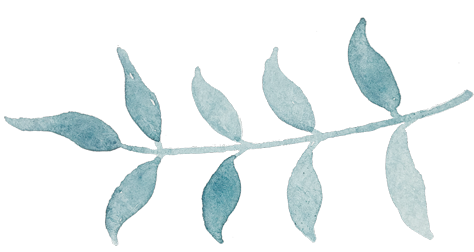 Sarah Tulivu has been volunteering over the years in countries like:

With the many questions that came up through the experiences in these places, she slowly continued moving East by land, until Nepal, where she immersed herself in the practice of meditation.

Returning to volunteer again on North of Lebanon, by the Northern border with Syria, during the Lebanese Revolution (Winter 2019-2020, mainly setting up logistics on the field for a group of doctors), and again for five months in 2021 (with some hustle and bustle of Syrian refugee camps : ) ).

Sharing then Taiji for the month of June 2022 in Lesvos, with refugees and volunteers.

Over the years, she has participated in various seminars and courses for nonviolent work in war zones.

She recently begun to specialize in self-care and burnout prevention for people working in conflict areas, through Academy for Conflict Transformation (ForumZFD). And is continuing to explore ways of sharing the practice with people in areas of crisis. 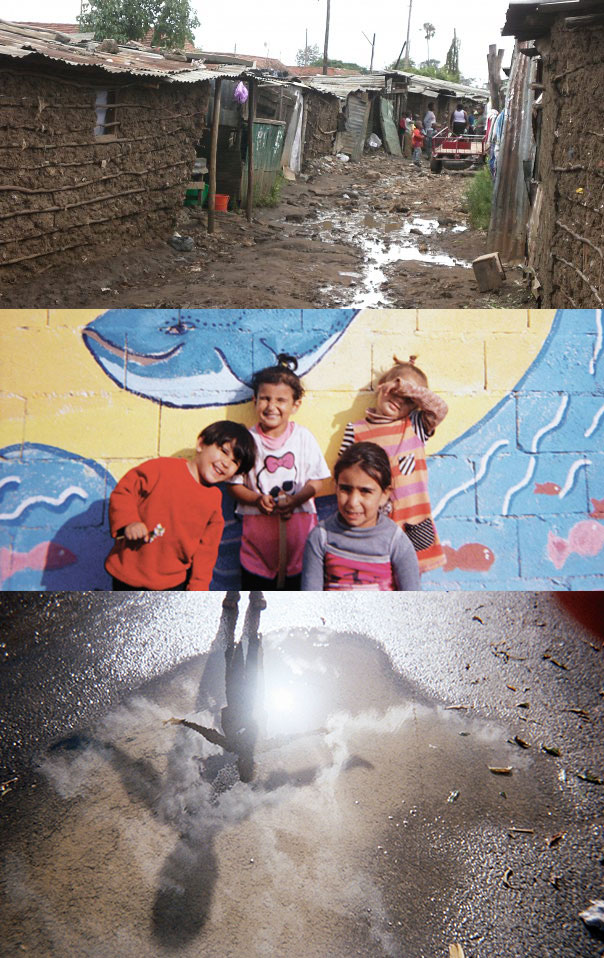 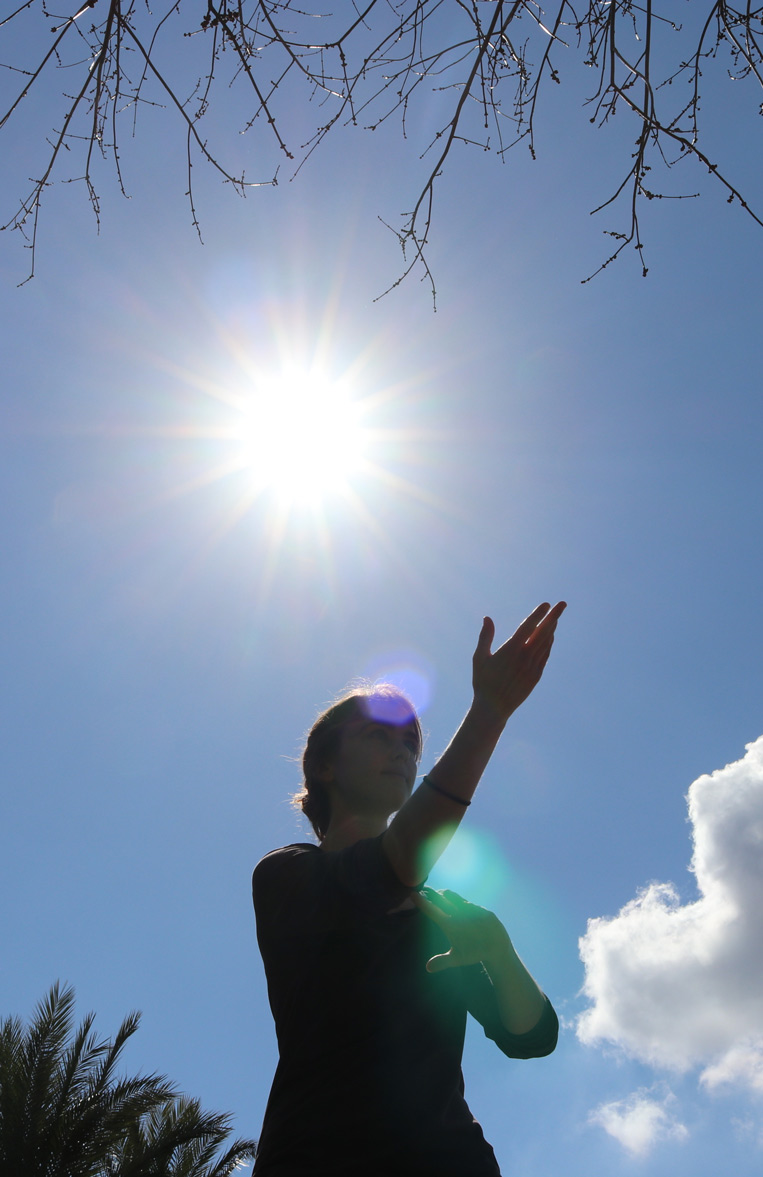 What is Taiji (Taichi)?

As some of the other ancient traditions and practices, the Taiji Tao path is a path of going back to the origin, returning to the most natural state.

Returning to a state of being of harmony, balance, and union of the yin and yang aspects, as this and that, the inner and the outer, I and the other, expansion and compression, up and down,  full and empty, beginning and end…

As we practice, and begin to learn how to sit, stand, move, breathe, etc, our awareness naturally begins to develop, our mind begins to become more still, spacious, and able to focus, our tensions release, our body gradually align and open, and our heart too… Over time bringing back our mind, body, breath, energy, to operating together more harmoniously as one.

In the process, we will inevitably begin to meet what stands in the way of that, like our mind’s condition, beginning to notice how the thinking mind behaves, relates, reacts, affects, is affected, etc. As well as the many different ways in which our body&mind close off, cling and attach, resist and reject…

So in the setting of practice, while looking to bring the whole system into a more unified harmonious condition, we gradually find out, intimately and in depth, about our relationship with experience. And the arduous and wondrous path of investigation into the nature of Self begins to unfold.

The Qi (pronounced “chi”) of Qigong is different than the “ji” of Taiji. “Qi” of Qigong is generally translated as: the life force that is moving in all things.
“Gong” is translated as “skill”, “work”, or “deep refinement”.

Through the practice, we will encounter that life force within us, closely, through our own tangible direct experience. Learning how to cultivate and refine a subtle power, looking to reconnect in wholeness.

But the best way to explain is via experience in practice. 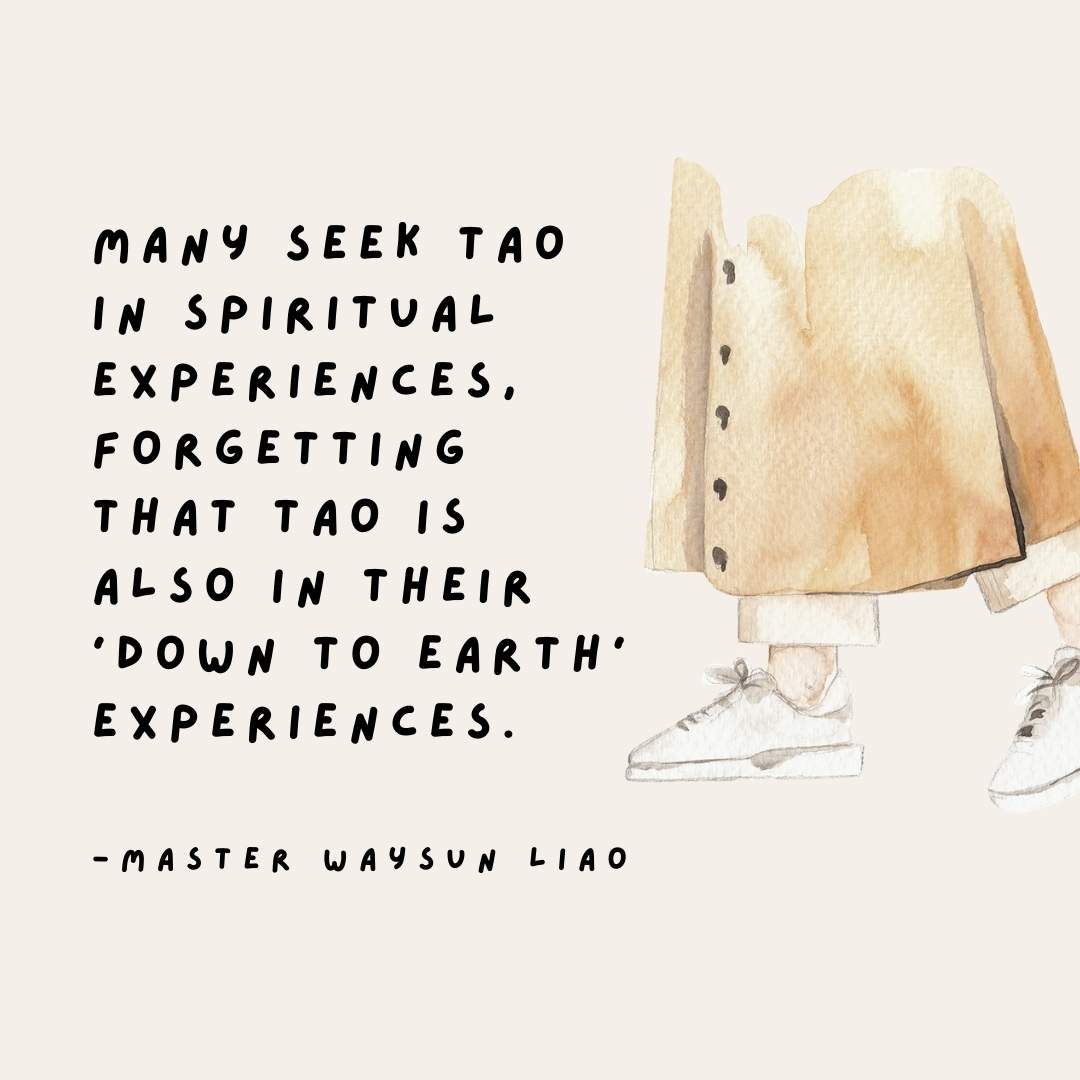 Check out Taiji Tao retreats and events for 2023

More info will be updated here as the year goes on!